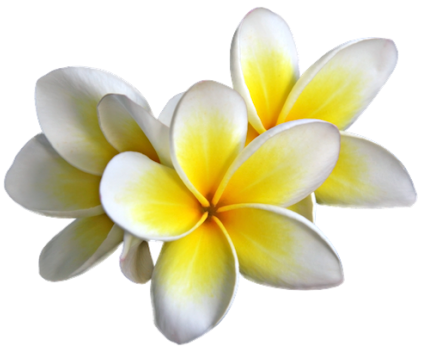 Trust us one time, for a lifetime of good health

You will find the full text of past newsletter articles here, just scroll down to access your article of interest.

Case Study – Walking with a limp

I have always been a very athletic person, loving the outdoors, hiking, skiing, camping.  Then one day while snow skiing I took a bad fall, tearing my right knee. After a few months it seemed to heal but the pain was always there, in the background.  Then years later the pain began to get worse, and then even worse.  Walking, climbing stairs, the pain was almost unbearable.  I wanted to avoid surgery, if at all possible, because my doctor told me it should be a last resort.  Then in my search for an alternative solution I found what seemed like magic,  no drugs no surgery and an almost immediate reduction in pain.
About six months ago I was limping to work and one of my friends “felt my pain” and asked me if I had ever tried acupuncture.  “No” I replied and I guess I had not really even thought about it.  He told me that he had suffered with recurring back pain from lifting too much weight the wrong way as a boy.  He said the acupuncture had helped him and that I should give it a try.  He recommended his doctor to me, Dr. Guo at the Guo Chinese Medical Center, and he gave me her card.
I was a little afraid of the needles, but he had assured me that it is really nothing and at times you feel a little prick or maybe some energy running along your body, but not really any pain.  So I took his advice and called Dr. Guo for an appointment.
Dr. Guo, and the environment of her office were both very warm and friendly.  She took about a half hour to give me a short physical examination and to ask me questions about my medical history, which she said was critical to fully understand my physical condition and to assure the safety of the acupuncture treatments.
The treatment of my knee took about an hour, I was tense at first but the music that was playing was soothing and she talked with me and we both laughed at times during the treatment which included the attachment of some wires to some of the acupuncture needles and the application of a small amount of electricity that made my muscle twitch a little.  She told me that the electricity would not be used all the time but it would signal the body to speed healing to the area as well as to help to relieve the pain in the area.
After about an hour she removed the needles and she massaged the knee and my legs for a few minutes to get the blood flowing back through my body… it felt good, and I could tell that my knee felt better already.  The knee still hurt some but I actually could walk now without the limp.
Dr. Guo advised me that because my injury had happened so many years before that any healing process would take much longer than if I had come to her when I first had the injury, and that I should repeat the treatments about twice a week because the healing process of my body would drop off after about 3 days.  She said that the basic concept in Chinese Medicine is to stimulate the bodies own powerful healing processes by returning the body to a condition of balance.  She said that this is normally done through the application of acupuncture, acupressure, and at times an herbal prescription.  I decided to follow her recommendations and made an appointment for later in the week.
I noticed the next morning that the pain was even more relieved than the day before, and I continued to make appointments in the weeks that followed.  Now it has been about 4 months, and the pain in my knee is completely gone.  I know there was damage done that will probably not ever heal, so I don’t do any heavy running or anything that will overload the joint, but other than that I feel normal again.
What can I say, the acupuncture worked for me, it eliminated my pain very quickly and got my body to do some amount of healing in the area.  I know that in the future I will not wait so long to get help if I injure myself again, and I thank Dr. Guo with every step for my ability to walk normal again.

The Pain can be gone, its up to you.

We experience pain when “receptors” in our nervous system respond to an injury or inflammation.  The receptors, located throughout the body, send nerve impulses up the spinal cord and to the brain, where we feel the sensation of pain.
Through the precise application of acupuncture and acupressure techniques, and the use of Chinese herbal formulas, Chinese medicine seeks to eliminate the pain by unblocking the flow of chi along the affected meridians or pathways, restoring the flow of chi and bringing the body back into balance.  The bodies own healing powers are thereby enabled to allow completion of the healing process in a natural way.
In Western medicine the patients most obvious symptoms are addressed typically through the use of drugs to mask the pain or muscle relaxing chemical agents.  All of these chemicals have a negetive affect on the body and particularly the patients liver.  Before you take any medication I recommend that you do a little research into the side effects of the drug you are about to take, those effects are often worse than you would ever imagine.
The Chinese approach is also to assess the patients obvious symptoms, but instead of seeking to mask the pain with a drug, the bodies powerful healing abilities are drawn to the injured areas to speed the natural healing.  Through acupuncture techniques the pain is quickly reduced or often eliminated for the duration of the healing process, but in some cases multiple visits will be required.  This is often the case when the injury to be healed is very old.  Because no drugs are used there are no toxic chemicals for the body to try and eliminate, with the possible damage to the liver and other organs.
Another big benefit to to the Chinese approach is that when the body begins to heal itself, it heals more than just the problem being addressed, because the bodies own healing processes are being used often lesser physical problems in other areas will be healed at the same time.
Popular Links
Rancho Cucamonga Site
Cupping helps gold medalist at the 2016 Olympics